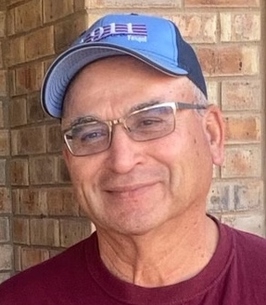 Manuel Torrez age 68, of Gorman passed away Saturday September 11, 2021 with his family at his side. Manuel was born on November 13, 1952 in Los Fresnos Texas to Guadalupe Torrez and Carman (Ramirez) Torrez.

Manuel married Debbie Rich on November 23, 1973 in Gorman, Texas and they were married until she passed away on November 13, 2019. Manuel and Debbie had two children together.

He enjoyed sharing the Lord with others and spending time walking and praying to his Savior. He was a member of the New Hope Baptist Church. Manuel also worked at Gorman Milling and was in the Quality Control department.

In lieu of flowers please send your donations to the India Ministry, in Care of the New Hope Baptist Church. PO Box 99, Gorman, Texas 76454.